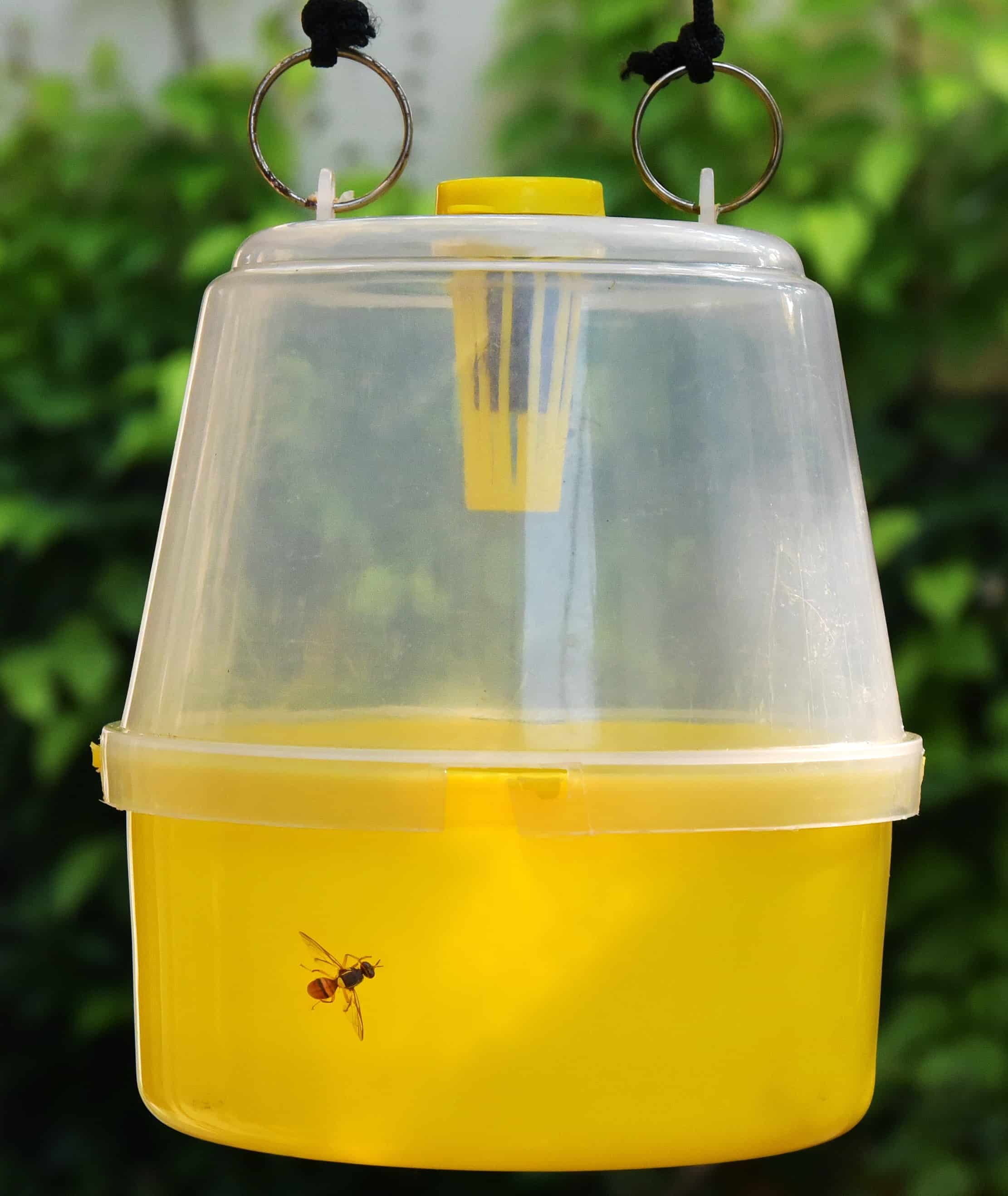 Pheromone trap is a device made of plastic in which a liquid (in the form of capsules) of the female's artificial odour is applied.

Male insects get attracted to it due to the smell of this substance and get trapped in this trap and die.

The smell of pheromone material attracts the surrounding male insects.

These traps are made in such a way that the insects do not come out after entering.

Many pheromone traps are also used to catch insects in as many groups as possible, due to which the male insect traps and the female insect is deprived of laying eggs.

To support this trap in the fields, a rod/stick is required. With the help of this rod, hangs it.

The distance from one trap to another trap should be 30-40 meters.

After putting this trap in the field, the insects trapped in it should be regularly examined so that the number of insects and activities can be kept in mind

The insects collected in the bag should be destroyed regularly and emptying the bag properly so that new insects have a space to enter it.

Farmers can avoid unnecessary expenses by estimating the number of insects on their fields and setting a strategy for pesticide use.

If farmers set a trap before the flowering process starts, it will be easier to control the number of pests in the fields.

How Mulching plays an important role in Agriculture?