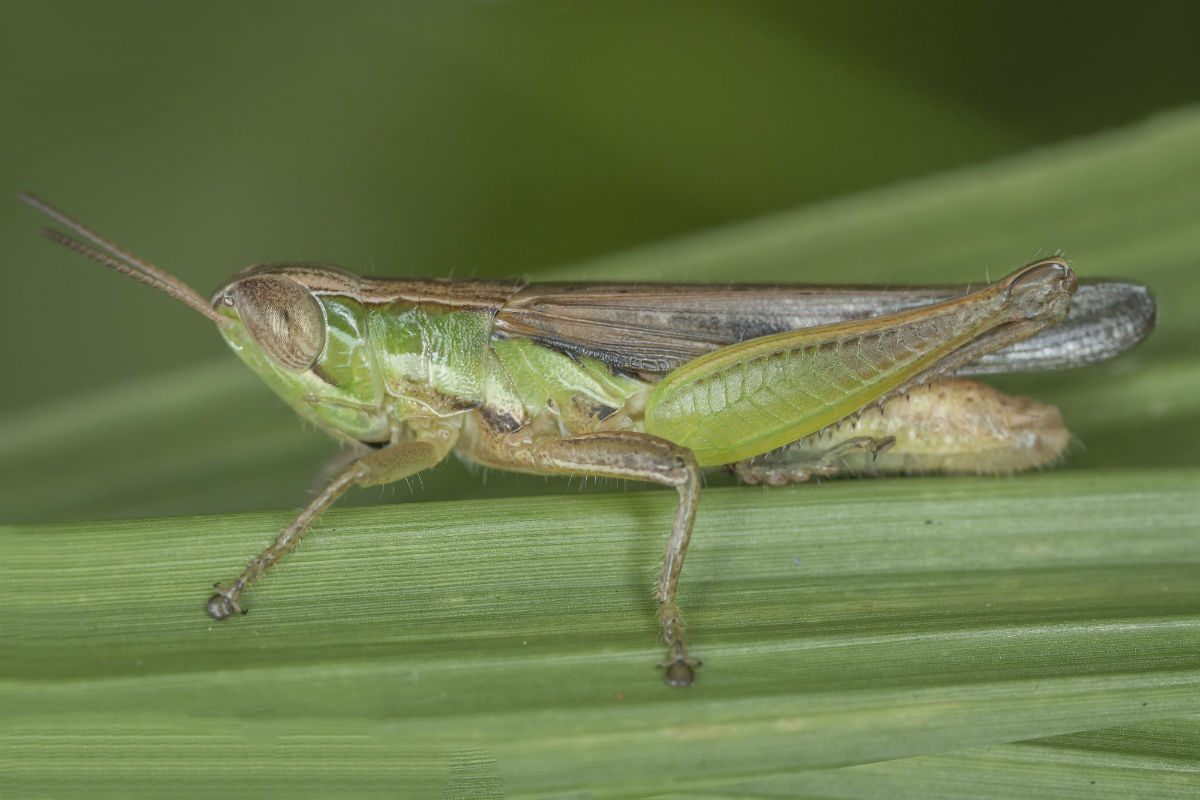 Identification - Gundhy bug is the main pest of paddy in some parts of India. This insect produces foul smell in the field, hence it is called gundhy bug. The adult bugs are thin and yellowish green in color. In the beginning, the nymph are green in color but later becomes brown.
At the time of the sunshine, these insects live on the shadowed part of the plant. Both adult & nymph empty the grain by sucking the juice from the developing grain at milking stage. Black or brown spots of black fungi appear on the infected granules. Late maturing varieties are more affected than early maturing varieties.

Damage - More attack of this insect can cause damage up to 50 percent. The outbreak of this insect occurs from flowering to the grain formation stage.
This insect damage the plant after pollination

Management - Avoid excess use of nitrogen fertilizers and only use balanced fertilizers. Remove the weeds from fields & surrounding areas.
Use trap crops around the field to attract the bug.