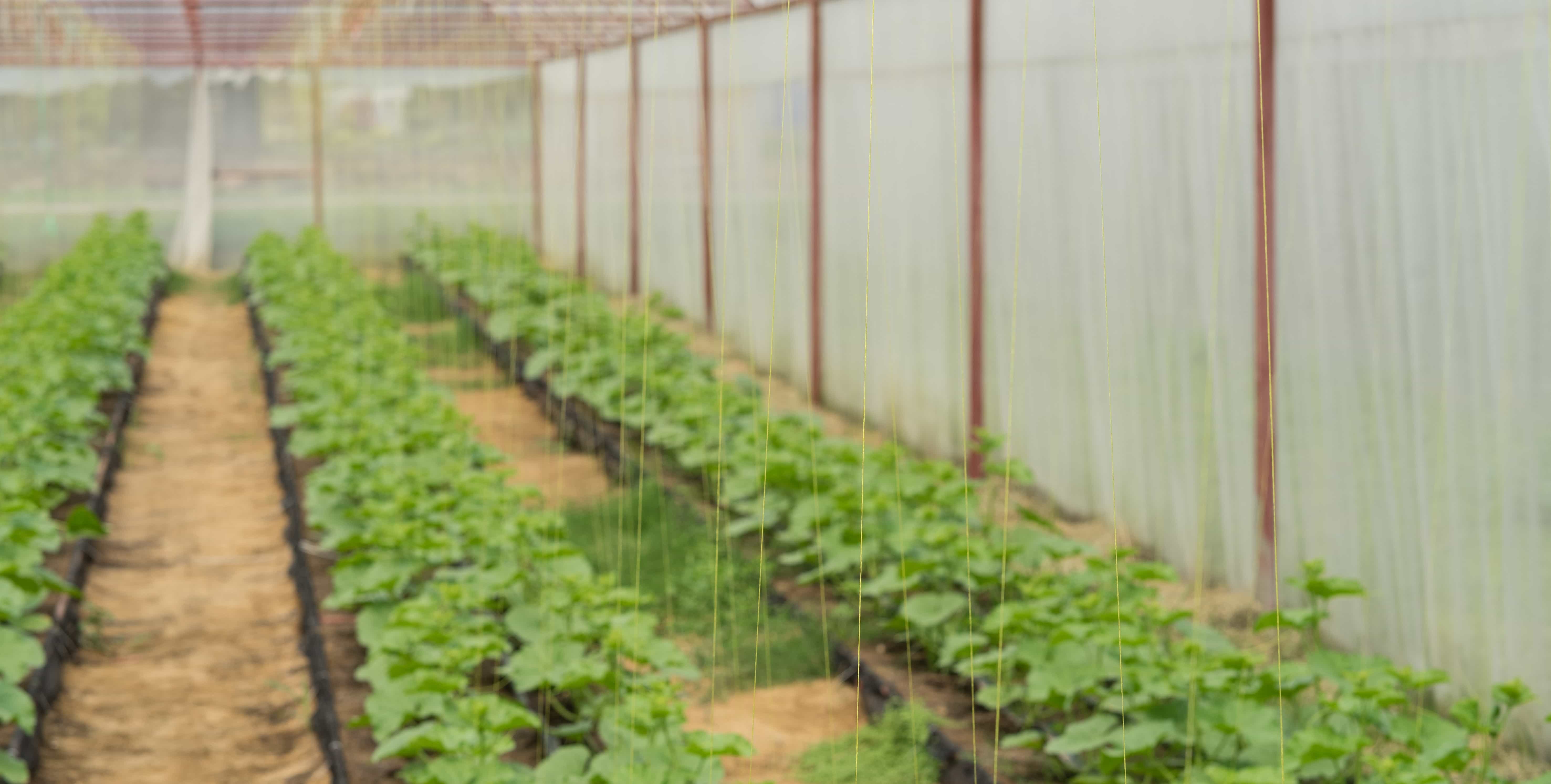 Categories: Cucumber
Views: 21
How to Cultivate Cucumbers in a Nethouse?

Cucumber is a very important cucurbitaceous crop.
Bisexual varieties of cucumber are mainly grown in open environment in February-March and June-July.

Due to the presence of vines on the ground in open environment, there is more outbreak of pests and diseases in the crop.

GI pipes of 1.5-2.5 inch thickness is used for making insect repellent nethouse. The pipes are buried in the ground and covered from above with a 40 mesh size insect repellency net neutralized by ultraviolet light.

By making two doors at the exit of the nethouse, sufficient space is left between the two as a barrier to infection. Insect repellent net and two doors prevent insects from entering the net house easily.

It can be closed in the evening, so that the heat generated inside the net house during the day can be used during the night to protect the plant from low temperature.

By plowing the soil 2-3 times, after the last plowing, the soil can be leveled by adding 3-4 tons of decomposed manure per thousand square meter area.

For control of termites and red ants in nethouse, apply 200 gm of Azospirillum and Phosphobacteria and Pseudomonas 250 gm as biofertilizer per 1000 square meter before final tillage and to control soil borne fungi apply 1 kg Trichoderma viridi culture by mixing it in one ton of cow dung with 10 kg of neem cake after the last plowing in the soil.

Nursery preparation –
For the cultivation of cucumber throughout the year, direct sowing of first and second crop and third crop is done in December by preparing seedlings.
The first crop of cucumber can be sown in the third week of April and the second crop can be sown in the second week of August while the third crop can be transplanted in the first or second week of January. For sowing of cucumber, the seeds are placed at a distance of 30 cm parallel to the drip lines on the pre-prepared beds & should be sown at a depth of 2-2.5 cm.