Categories: Crop
Views: 92
Why drip irrigation system should be installed in the field?

Drip irrigation is a method of irrigation in which water is provided in a slow droplet form by a small diameter pipe in the root zone of crops.

Water is an important investment for agriculture in which more than 80 percent of the country's total water resources are consumed.

Although water is a regenerated and renewable resource.

Traditional methods of water flow and irrigation do not just waste water, but many problems such as submergence, salinity, soil degradation arise which makes fertile agricultural land into infertile.
Therefore, irrigation methods such as drip and sprinkler methods are adopted so that losses could be reduced to great extent.

The drip irrigation method can be widely used in many crops especially vegetables, plantation crops, flowers and planting crops.

In drip irrigation, water is poured into the roots of the plants with the help of motors and drippers. 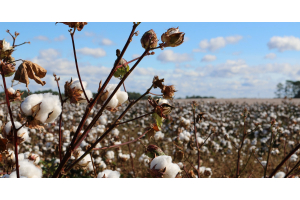 How weeds can affect the cotton crop?

How Mulching plays an important role in Agriculture?
© 2018-2019 Escorts Limited. All rights reserved.